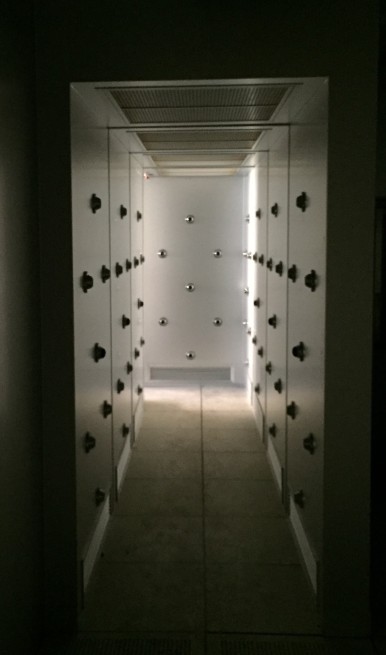 Not far from where I live, on a high point at the edge of town, hidden behind the woods along a generic frontage road, looms a gigantic ruin of a lost future. From the Ford Administration until the last gasp of the Long Boom, they made the brains of machines there, with acid and silicon.  The company that built the fab was old tech, guys with Florsheim shoes who made 1930s police cars and cabs into networked devices.  They had their own space program at the peak, launching private payloads to build a corporate orbital net twenty years before Bezos, Branson and Musk got in the game.   Capital moved on not long after, the company was broken into pieces, and most of the semiconductor business offshored.  The company no longer exists, but this remnant is still there, in the negative space of city.

The facility is likely get repurposed before too long, in line with a greener vision.   On a recent Sunday morning I had the opportunity to help document its current state—a million-square-foot concrete labyrinth finding its way back to wild.

From the outside, as you approach through the tall grass, it’s like stumbling upon a lost pyramid of the twentieth century, a sprawling complex of big box buildings and industrial infrastructure formerly occupied by white-smocked techno-monks, getting slowly overtaken by invasive foliage.  Through the door, on the upper levels, miles of abandoned cubicles, cavernous spaces for mass gatherings, conference rooms with enigmatic messages left on the whiteboards.  A piece of brutally awful corporate art still hangs on the stairwell up to the C-suite, a three-dimensional explosion of wood and acrylic designed to warn you off the den of corporate authority.  Past the trophy wall of MIMS chips is the old auditorium, littered with printed-out story problems from a logic test whose mass failure may have contributed to the demise of the facility.  Every drawer seems jammed with binders of bound manuals left behind, obsolete volumes of design documentation and safety procedures spilling out on the floor as if through some unexplained process of post-mortem seepage.  On one of the loading docks I found an old camcorder tape sitting next to a copy of Excel 98 for Mac for Dummies, perhaps containing a few minutes of footage that would reveal what really happened here, if only the playback device still existed.

Down inside the plant, where the light cannot reach, are the metal and concrete caverns of the old fab, looking every bit the marooned spaceship, seemingly endless rooms where you can’t really tell which side is ceiling and which side floor.  The warnings are still marked on the doors that lead to narrow anterooms lined with symmetrically arrayed chrome valves.  You need a respirator to enter, and a powerful flashlight, and a brief suspension of your sense of self-preservation.  When you shine your lamp you see a piece of paper taped to a column, an obsolete certificate from the Bureau of Radiation Control.

Back upstairs on the other side of the fab, on a chair in the abandoned library, there is an altered photograph.  A portrait, posed for a corporate ID badge, but smudged, and seemingly marked with pencil, like some naturally occurring Gerhardt Richter miniature.  But you are pretty sure the only curator of this site is entropy.

Below is an image of that photo, and other smartphone snaps from our excursion (click for larger versions).

(This place is also a secure site, and an unsafe one, so don’t get any goofy ideas.) 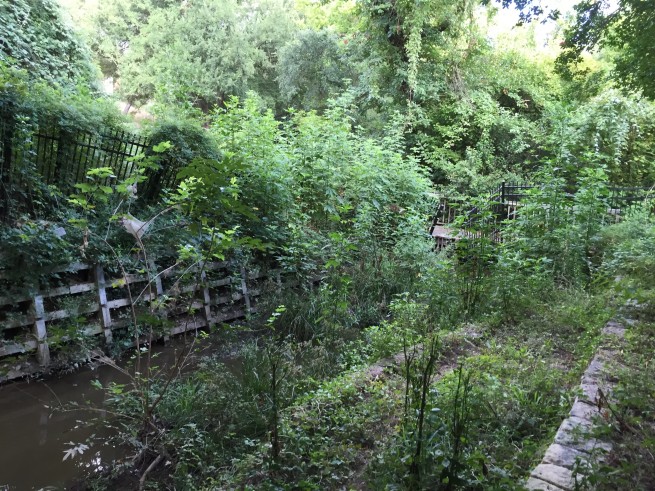 Corporate creek going back to wild. 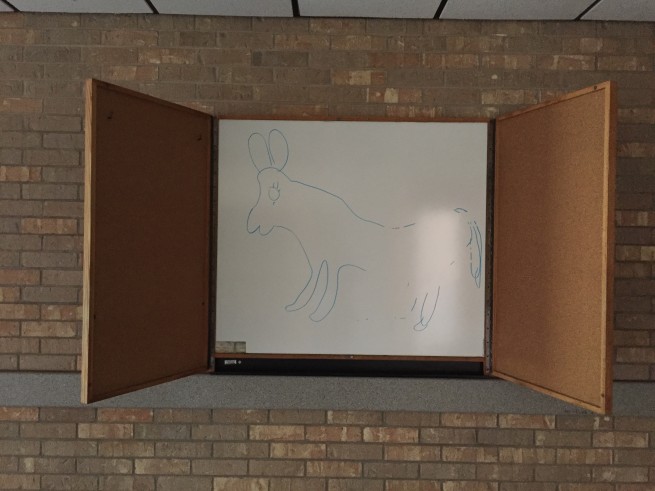 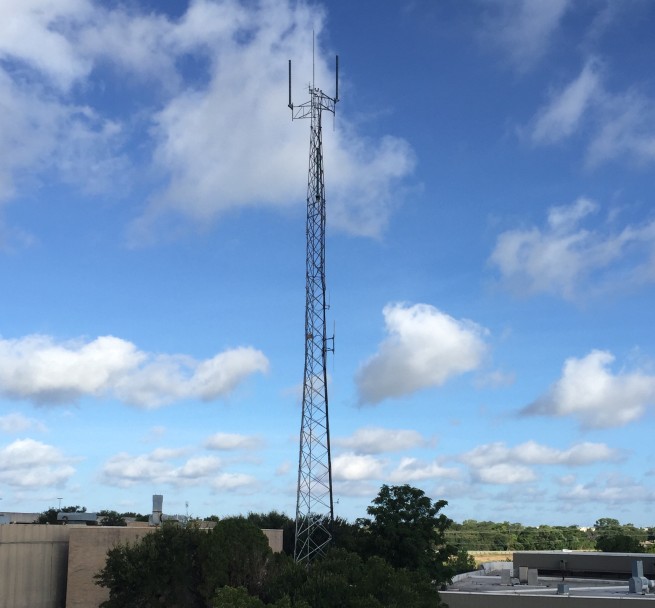 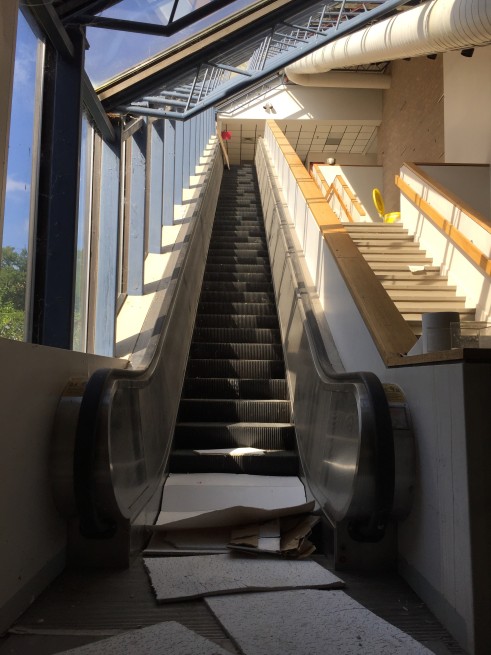 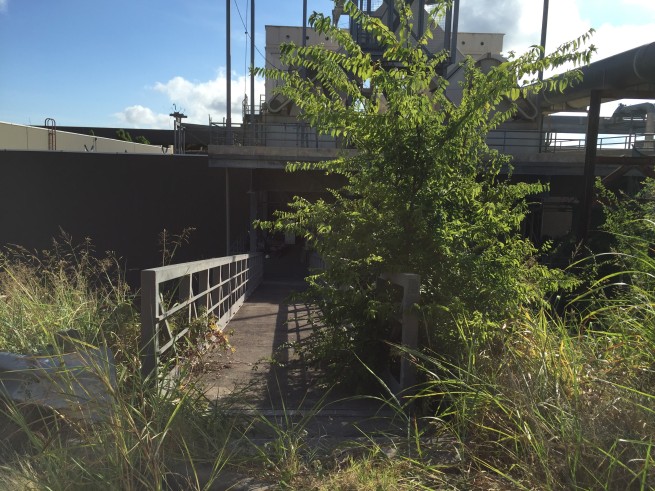 Bridge to the exhaust tower. 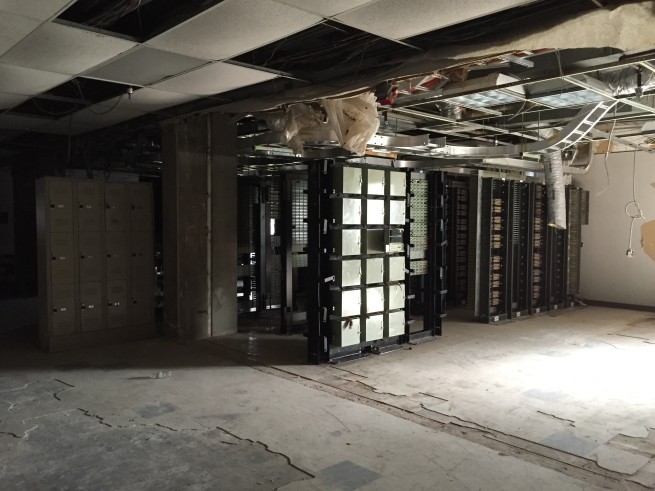 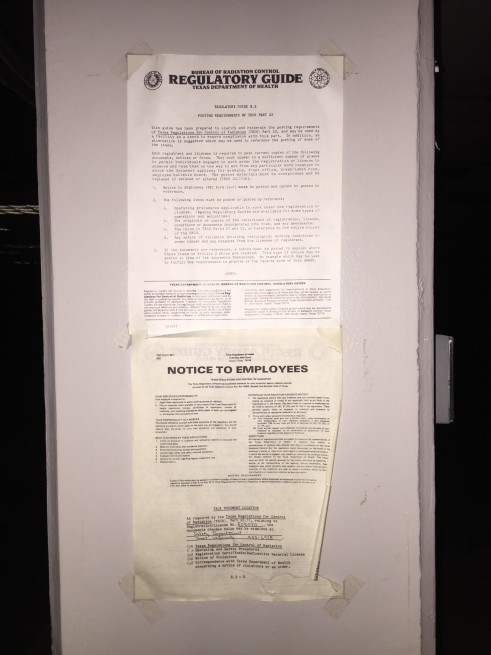 A note from the Bureau of Radiation Control. 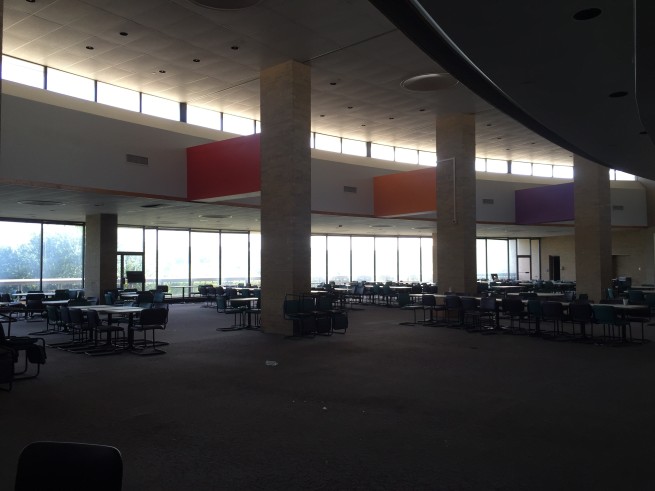 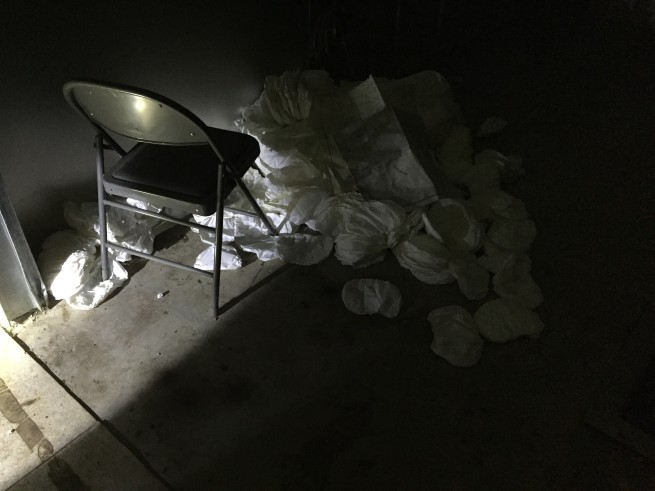 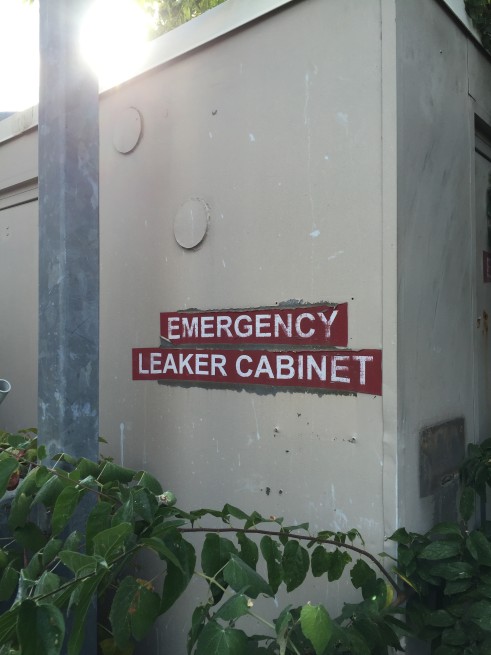 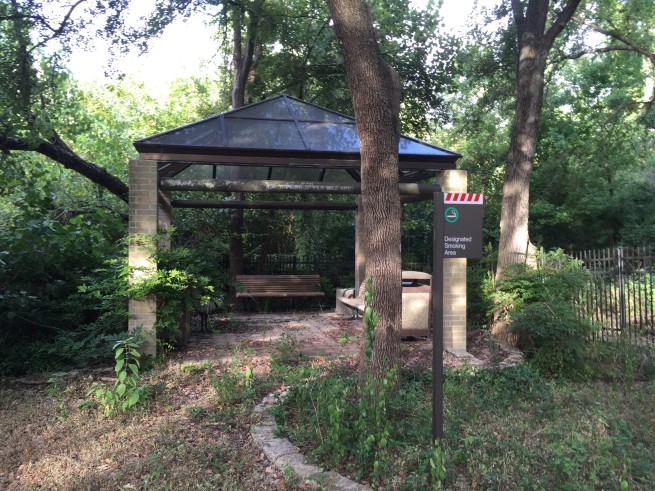 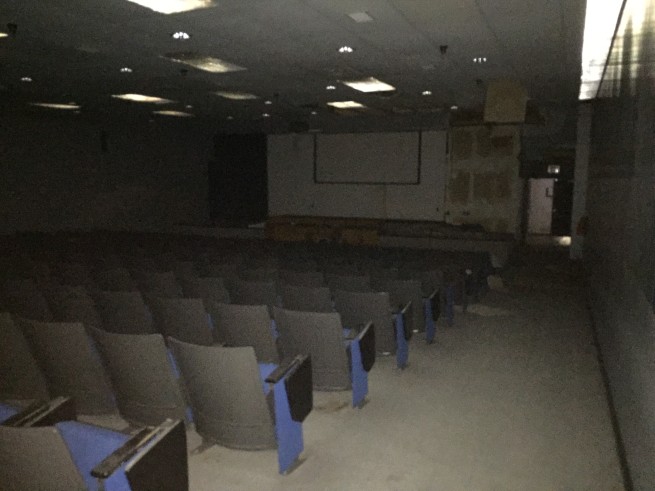 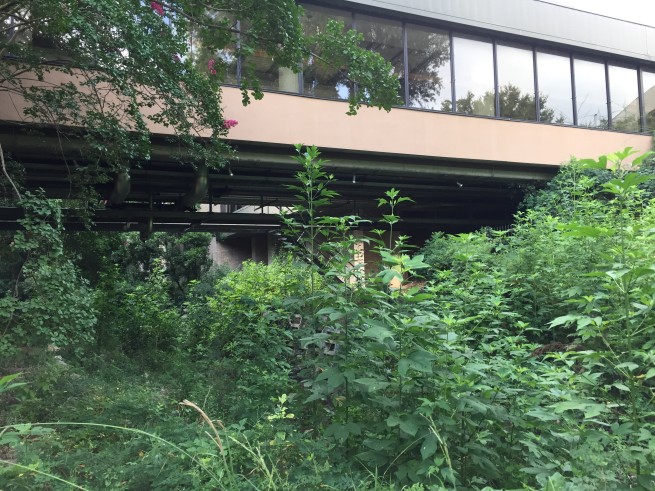 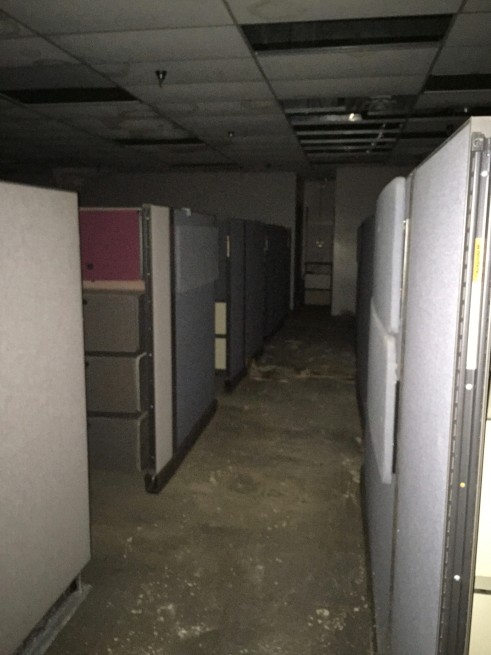 Cubicles in the labyrinth. 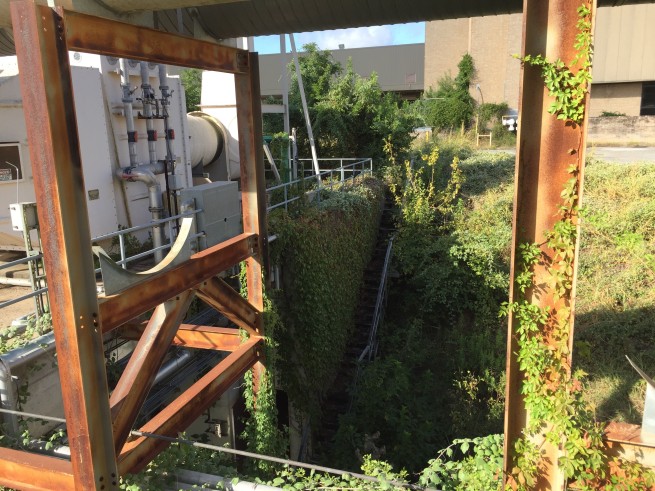 Stairway to the acid pit. 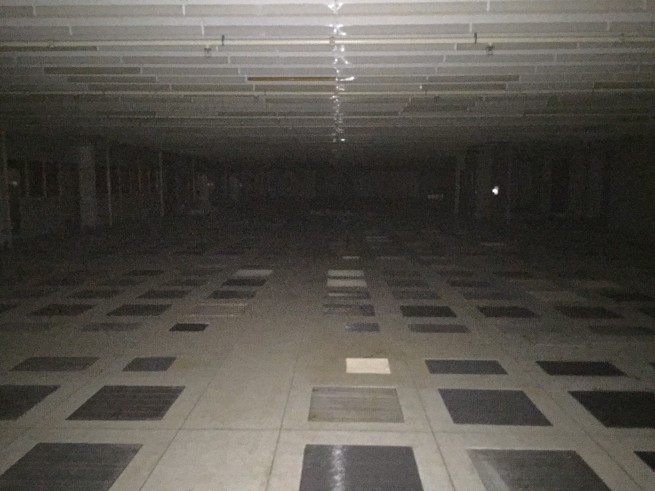 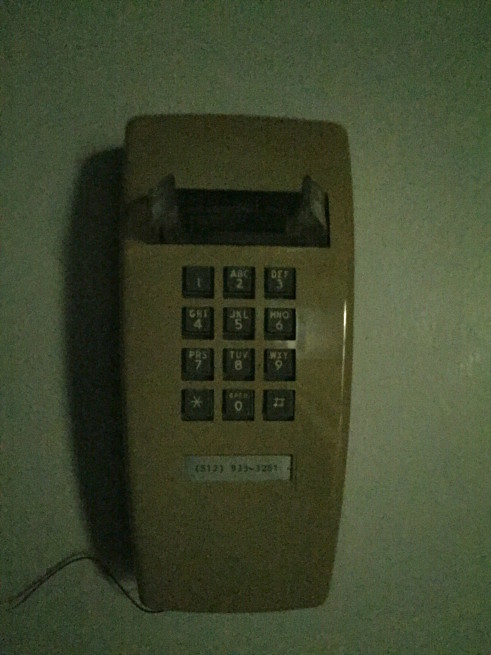 The number you are dialing has been disconnected. 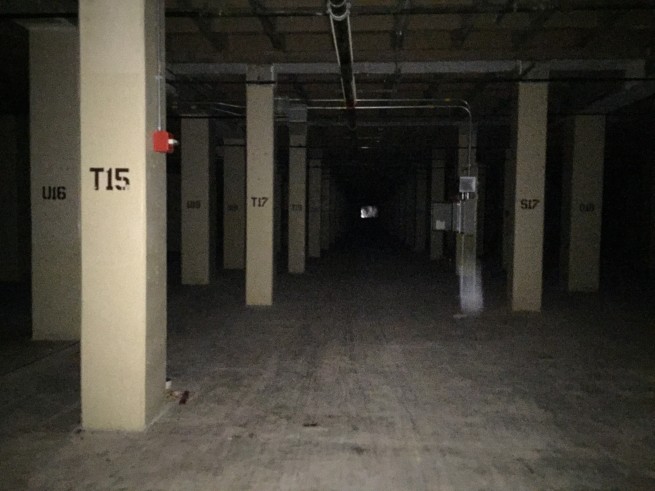 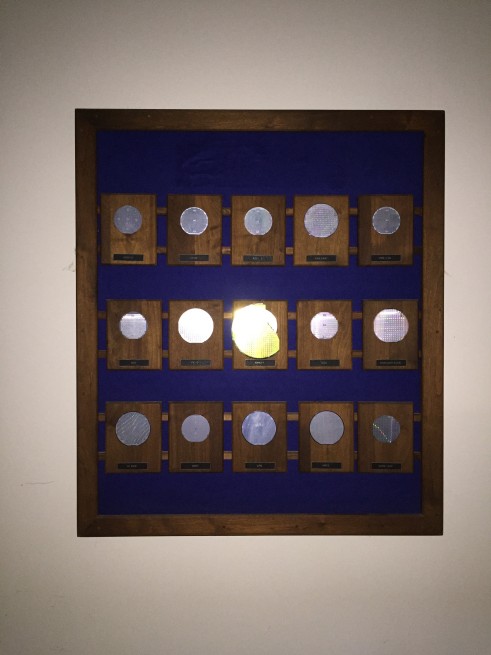 Wafers on a trophy wall. 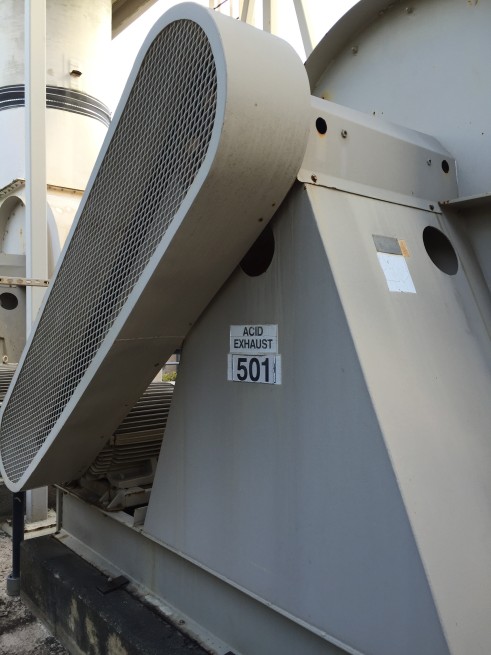 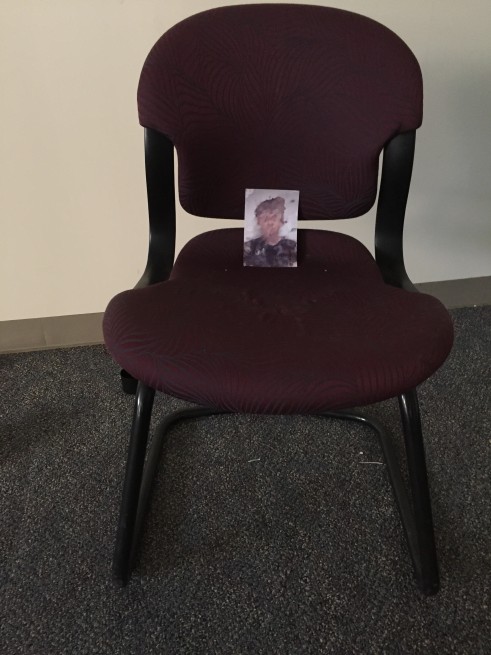 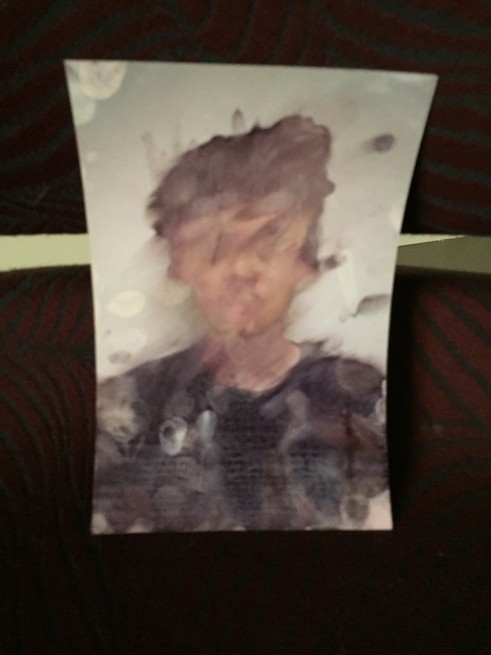 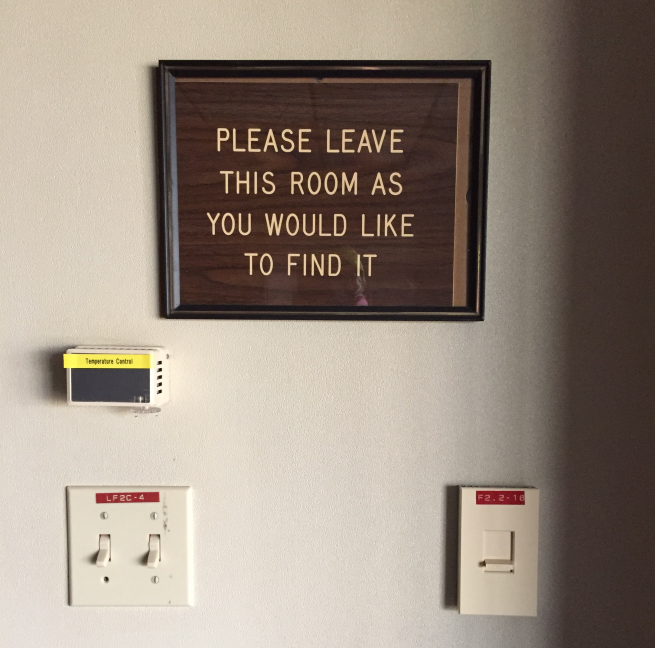